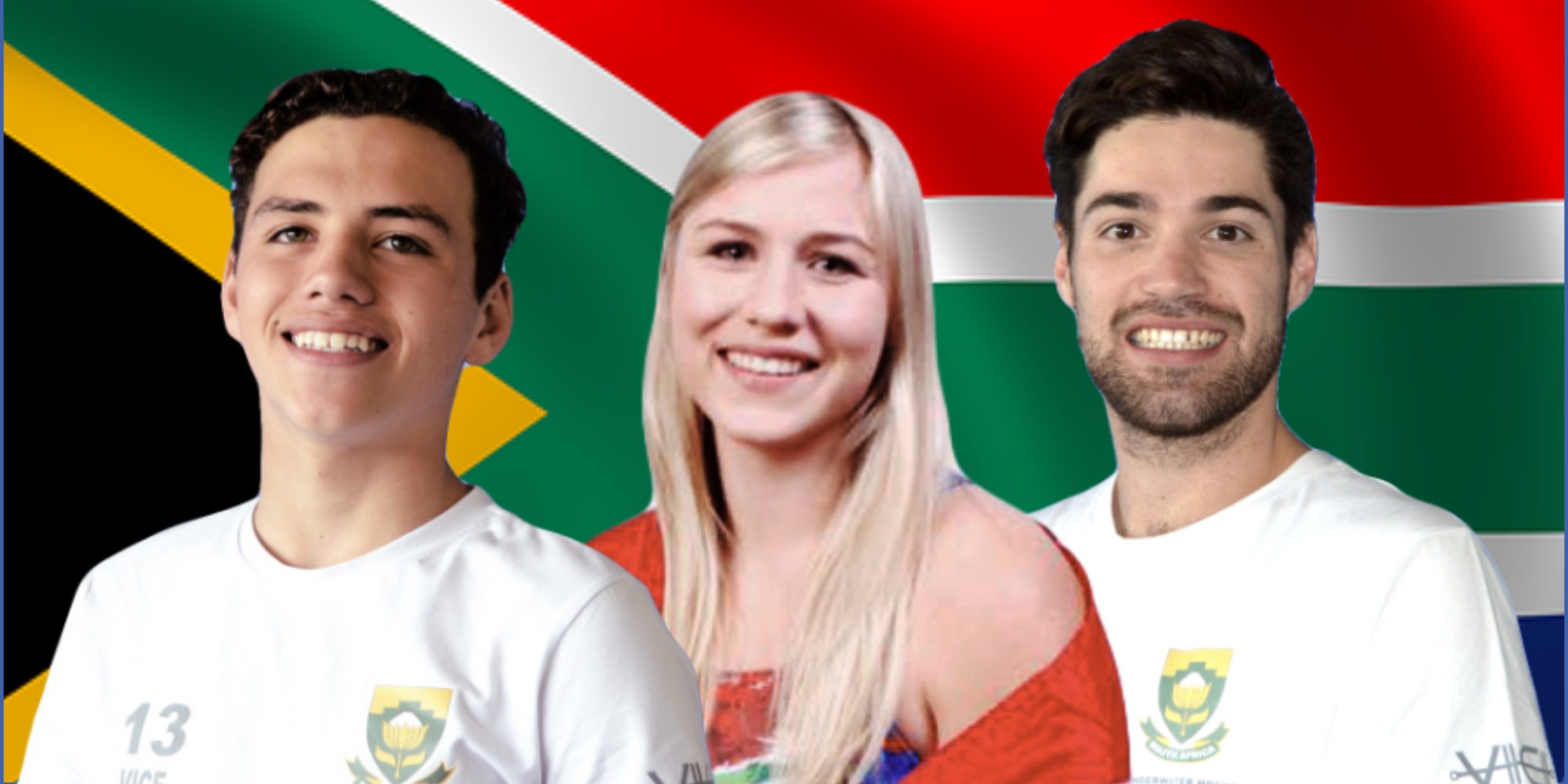 Cameron Stephen, Cap #13 was awarded SA Coach of the Year at SA Junior Nationals 2021 in Cape Town earlier this year. This is the third time lucky as he was nominated for the award 3 years in a row.

Cameron is that great combination of being not only a Club and Provincial Coach, but also a seasoned player who represented South Africa internationally as Vice-Captain and more recently Captain of the U24 2019 Men’s Team.

Coach Cameron, as his players refer to him, has played underwater hockey since he was 16 and by age 18 made the RSA U19 Mens side.  His own coach and mentor was Hendri Mouton, one of our great SAUWHF Head Coaches. Under the guidance and performance coaching of Hendri he achieved the following successes:

Cameron’s own coaching journey started in 2015 when he and Roché van der Merwe were appointed as the men and ladies Assistant Coaches to Hendri Mouton at Aquawolf Aquatics and later Tridents Underwater Hockey Club.  Cameron and Roché took over the role of Club Coaches when Hendri became the Head Coach at Curro and later Generation Schools.

Tridents Underwater Hockey was a very young club with many new players when Cameron took over the reins.  In a very short space of time, he and Roché grew the club and  produced some excellent players.  Coach Cameron’s successes include taking teams to 5 Junior Nationals where they podiumed every time achieving 1 Gold, 2 Silver and 3 Bronze medals.  This was  no easy feat from  a young club with few players.  Teams were often made-up with very inexperienced players from other smaller provinces.  The teams had, on numerous occasions, never played with each other before.  Cameron showed that he is a coach for every player in his motivation and management of these mixed teams every year.

Taylor Swift paints the number 13 on her hand before every live performance because it is her lucky number.  Number 13 has a special meaning at Western Province Junior Underwater Hockey because it is also the Protea cap number of both their coaches, Cameron and Roché.  Another player who also wears Cap #13 is Christiaan Swanevelder who they developed and coached from early on.

Chris recently won the SA Player of the Tournament Award for the 4th time.  Chris under the direct coaching of Cameron made the SA U19 Men’s team at age 15. When asked what cap number he wanted, Chris asked if he could also also wear Cap #13 like his Coach.

A proud moment for a Coach to be honoured in such a way.  An even prouder moment was during SA Junior Nationals 2021 when Coach Cameron and Chris received the Coach of the Year Award and Player of the Year Award together.  Congratulations Cameron on not only this deserved achievement, but this wonderful accolade. We trust that you will continue to inspire and develop underwater hockey players through both your coaching and playing.