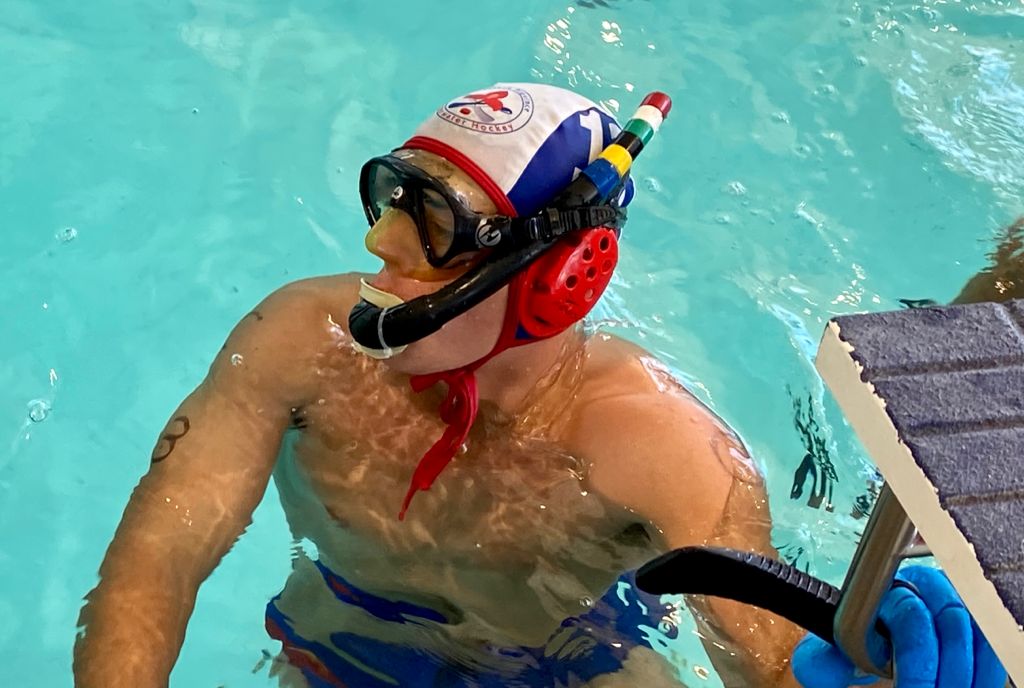 Chris started his underwater hockey career with Aquawolf Club (now Tridents UWH) at the age of 12 years under Protea Coach Hendri Mouton and Protea Captain Cameron Stephen. He has competed in 4 Junior Nationals competitions winning the Player of the Tournament Trophy every year since he started high school – a total of 3 times. He has captained the WP Junior team at SA Junior UWH 6 times and under his captaincy, they have medalled every year at Junior Nationals. The past two years as a U19 player have been challenging as the team comprised of not only his own team-mates but a collection of invited players from other provinces who they had never played with before. Together with Coach Cameron, they successfully pulled the players together into a cohesive, motivated and successful team. Chris’s humility and willingness to take direction and learn from his Coach has been one of his greatest strengths. This attention to detail has made it possible for him to effectively transfer strategies to his players and execute the game plan. This approach has ensured podium positions to a team that was often seen as the underdog.

Over-and-above this he has amassed many team medals, not only at Junior Nationals, but Senior Nationals, Arnold Games as well as fin-swimming medals.

His greatest achievement to-date is being chosen, at the age of 15 to represent South Africa in the U19 Men’s team who toured Sheffield in 2019. Added to that he was unanimously chosen by the U19 team to serve them in the role as Vice-Captain.

Chris, a hard-working, committed and humble person has quietly acknowledged his success by always honouring his coaches and those who were part of his journey. When given the opportunity to choose a number as part of the Protea team, he approached his Coach, Cameron Stephen, and asked permission to follow in his footsteps by choosing the same cap number – No. 13.

Congratulations to this dynamic player and all your successes to-date.
Keep a look-out for Chris as he has a lot of playing years ahead.

Cameron Stephen – Coach of the Year 2021