How is underwater hockey played?

Two teams consisting of six players per team enter the water. Before the start of play the puck is placed in the middle of the pool with both teams in the water, on either side touching the wall above the goals they are defending. At the start-of-play players hold their breath as they dive to the bottom of the pool while both teams – free to swim anywhere in the play area – try to score by maneuvering the puck into the opponents’ goal.

Games consist of two halves, typically ten to fifteen minutes and a short half-time interval. At half time the two teams switch ends.

Players wear a diving mask, snorkel and swim-fins and carry in one gloved hand a short stick for playing the puck. 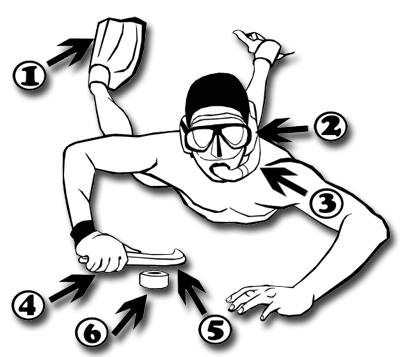